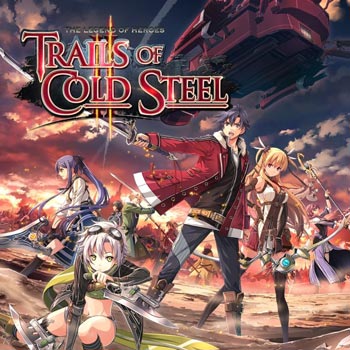 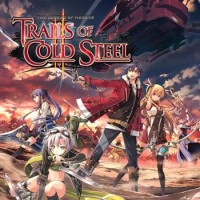 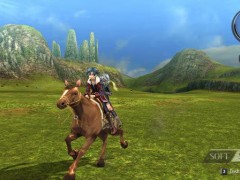 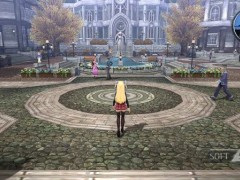 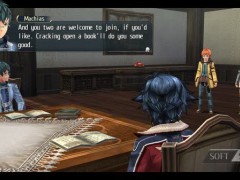 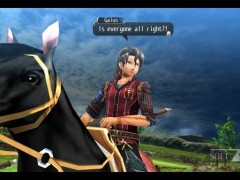 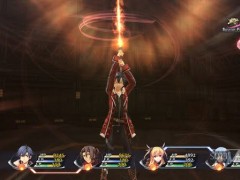 بازی The Legend of Heroes Trails of Cold Steel II

In the wake of the Noble Faction’s occupation of Heimdallr, civil war has broken out across Erebonia. The provincial armies, loyal to the aristocracy and the Four Great Houses, have claimed many of the nation’s great cities in the name of the Noble Alliance. The Imperial Army, called back from the four corners of the Empire, has only just begun its sweeping counterattack.
After Rean managed to escape Trista with Celine and Valimar, he awakens in the mountains near his hometown uncertain what fate befell his friends, who bravely threw themselves in harm’s way to buy him time to flee.
Though the road will not be an easy one, Rean decides to take up his sword again, journeying across Erebonia with his Divine Knight, Valimar, in search of his friends from Class VII and a way to end the conflict before its price becomes far too dear…
Taking place on the same continent as the fan favorite Trails in the Sky offshoot of Nihon Falcom’s storied The Legend of Heroes franchise, Trails of Cold Steel II (Sen no Kiseki II in Japanese) is a direct sequel to Trails of Cold Steel, picking up one month after the decisive collision that changed the fate of the entire nation of Erebonia. The speedy, tactical turn-based combat with the newly-developed “ARCUS” system returns with all the bells and whistles together with the new Overdrive mode, new means of transportation both across the land and sky, new allies, new dangers, and a renewed sense of hope as Rean tirelessly works to right the wrongs that have led the country to disarray.
KEY FEATURES:
A Direct Sequel that Remembers the Past - Clear data from Trails of Cold Steel carries over into Trails of Cold Steel II, granting players bonuses, and most importantly, remembering the many relationships cultivated during time spent at Thors Military Academy, allowing for more personalized conversations throughout the story.
Take to the Land and Sky in New Modes of Transportation - Fast travel isn’t just for Trista anymore; a personalized airship now allows players to swiftly choose and descend upon both familiar and foreign destinations alike—and on land, horseback riding not only returns, but players can now customize and utilize Angelica’s orbal bike for fast transportation across the map.
The Link System Returns with a new Overdrive Mode - Bonding with allies continues to pay off with the Combat Link System, netting a variety of combat benefits including healing, guarding, and more, and the new Overdrive mode allows linked characters to attack up to three turns in a row for new strategic battle options.
Experience the Game as Never Before - 50% more lines of English voice-overs have been added to the PC release, bringing a fresh experience to even those who have played it before on console. New features for this release include ultrawide aspect ratio support, turbo mode, and an instant resume feature that allows players to launch directly from Steam to their most recent save.